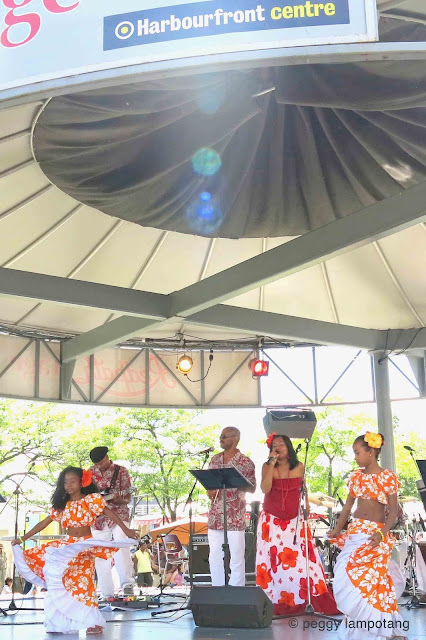 I went to Harbourfront Centre on Sunday August 4th to see the Creole segment of my friend Christene Browne's documentary Speaking in Tongues: The History of Language during Island Soul Festival. Christene is a talented film producer and director, and you can read more about her accomplishments on her website. Since Mauritius is mentioned in the documentary and I say a few words of Creole in it, I was thrilled to be at Harbourfront that day to see it, and have a chat with Christene.

But as I rushed to the Studio Theatre,  I was pleasantly surprised to hear a familiar sound ... sega music from Mauritius blaring from the speakers. And of course, on stage was a Mauritian band and dancers rolling their hips and flipping their colourful ruffled skirts in rhythm to their gyrations. I was ecstatic. I had not expected my little island would be represented at Harbourfront in the Island Soul Festival. I thought it was mostly a Caribbean celebration since it was happening in conjunction with the Caribana Carnival Parade

After  the 20 minutes documentary, which was very incisive and relevant, definitely worth watching for anybody interested in languages, its history and influence on our lives, I literally ran towards the stage to catch the last few sega songs. It was a gorgeous summer day, with spectators sprawled on the fake grass. Everybody seemed so relaxed and totally enjoying the music and dancing ... that it felt like  a bit of Mauritius had been transplanted to Toronto.

After the show I met the band, and had a chance to speak Creole, a bit rusty but nevertheless the familiar sounds, and the spontaneous warmth of  the performers brought back the heartfelt connection to an island I left ages ago. 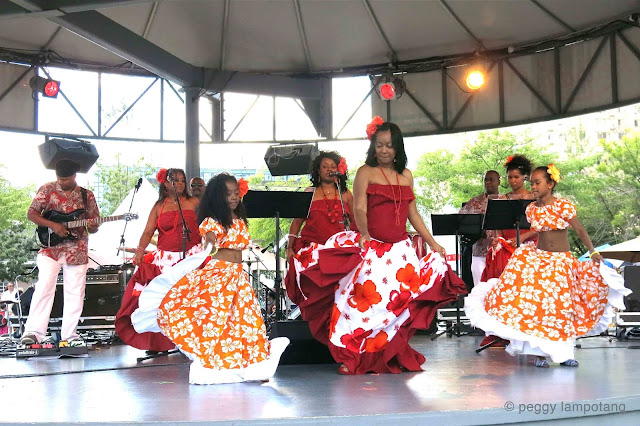 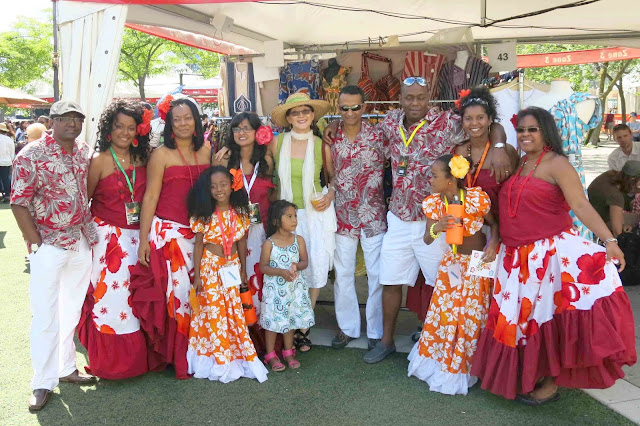 Posted by Peggy Lampotang at 5:14 pm No comments: Links to this post 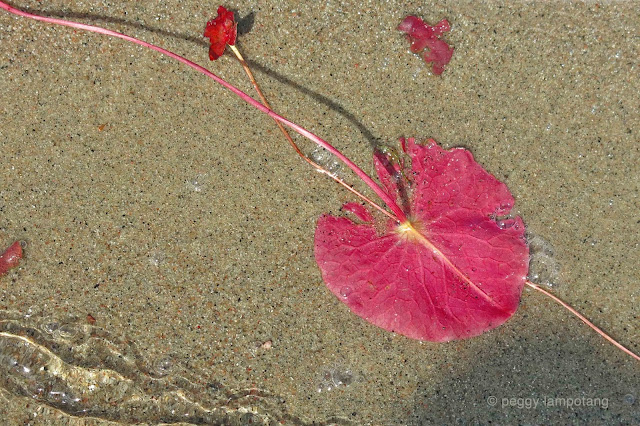 Posted by Peggy Lampotang at 6:47 pm No comments: Links to this post