Why don't facts change our minds?

This interesting article in the New Yorker explains why facts seem irrelevant to people whose minds are stuck in false beliefs. Research shows that even if people are exposed to undeniable facts, many still prefer to keep their skewed ideas. For example, Trump supporters, even if they often see television footage of Trump stating something in one and then stating the opposite in the next, will still believe he is honest because they are emotionally invested in him. Once people are tied to certain beliefs, even if they are shown facts that prove they are wrong, they will try any possible argument to prove they're right, because as the article explains:

... people experience genuine pleasure - a rush of dopamine - when processing information that supports their beliefs. "It feels good to 'stick to our guns' even if we are wrong," they observe.

Here's another article (with audio version) that explains why people believe in fake news, unproven conspiracy theories and why they don't want to change their views. It's a very interesting read on the psychology of human nature, which I've always find fascinating.

If people, including politicians and corporate marketers, litter our lives with lies to influence our emotions and gain our loyalty for their own benefits, what can we do so we don't allow ourselves to be manipulated?

It's of course important to read several sources of information that are backed up with data, reliable research, etc. But we can also take charge of our lives by being in touch with ourselves and understanding why we react in certain ways that seem to defy logic. Awareness is the first step towards overcoming bias, fears and insecurities that make us vulnerable to manipulators. When we are willing to work on ourselves, and open our mind, we build up the strength to make better choices for our personal growth. 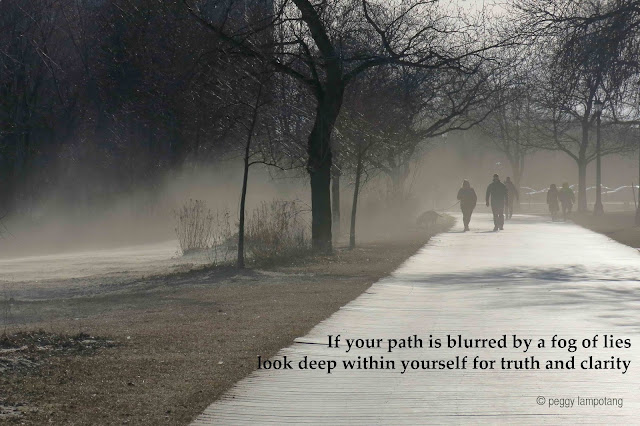 Posted by Peggy Lampotang at 4:57 pm No comments: Links to this post 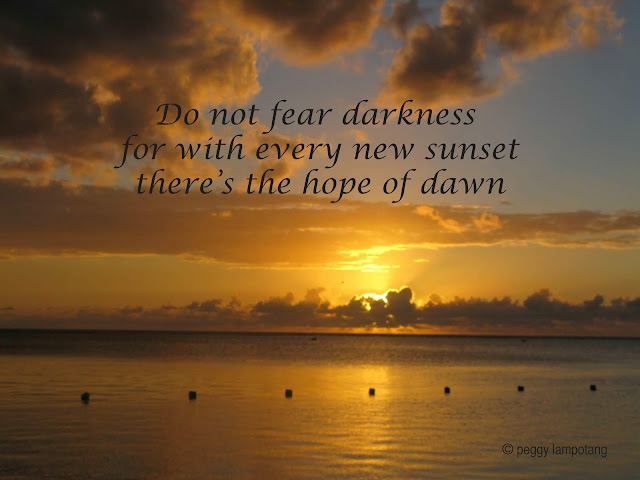 A photo I took on a beach in Mauritius inspired this motivational haiku.

I've been thinking of how difficult it is for some of us to move on. We've all been in situations in which we've felt victimized, and found it difficult to function. Certain situations are of course more traumatic than others. Some will get over them, and some won't. There are many reasons why some are stuck, but there's always hope.

Here are a couple of articles that will bring some light as to whether you are holding on to a victim mentality. They also offer advice about how to shift your attitude. It may take some work, but it's about having the courage to be truthful about who you are, having the resilience to make changes, and improve your relationship with yourself, and with others.

23 signs you're suffering from a victim mentality

Do you succumb to the victim mentality trap? Here's how to break free!

Posted by Peggy Lampotang at 10:24 pm No comments: Links to this post

Another great Sunday meet up to look forward to with you, book lovers and writers. Our guest for the next Authors' Afternoon  is R. Daniel Lester, a neighbourhood author who writes mystery, crime and sci-fi novels and more ... Come by and chat with him about his award-nominated book, Dead Clown Blues, his other publications, and his journey as a writer. 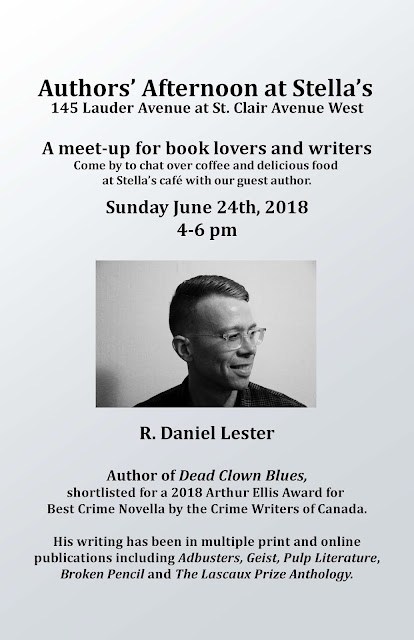 Posted by Peggy Lampotang at 10:30 pm No comments: Links to this post