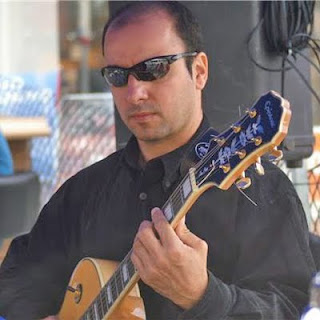 Anthony Abbatangeli, a very kind friend and excellent guitarist is hosting an open mike at Regal Heights Bistro every Thursday evenings from 8 pm to midnight. His band Double A Jazz also performs there during Sunday brunches.

For those who live in Toronto and surrounding area, whether they're aspiring musicians, singers, or just want to have a fun evening filled with music, here's the chance to let it all out.

I'm dusting off the old guitar, and doing some voice exercises - embarrassingly pathetic right now but hey, it feels good singing ... takes the blues away. See you there.
Posted by Peggy Lampotang at 9:39 pm No comments: Links to this post 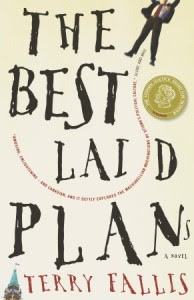 September seems to be for book reviews. Here's one more on my friend Terry Fallis's book.

It's been over a year since Terry won the Leacock Award for Humour. You can read more on his blog about his incredible journey. I've been slow to post a review but I think Terry will forgive me as he knows I'm a big fan and have sent his book around the world to friends in Mauritius, Paris, Washington and Shenzhen.

Terry's climb to literary stardom is the kind fairy tales are made of. I read The Best Laid Plans when it was self-published, and tentatively making its way into the literary market, way before the euphoria of the Leacock Award, before it went mainstream with McClelland and Stewart.

I'm usually not keen about reading books on politics. But since our sons are on the same hockey team, and Terry is such a nice guy, the quintessential Canadian man, so polite, smart and witty, I thought I should read it. And I'm glad I did.

The political background of the book was just the kind of stuff I could handle. Irreverent, and sometimes stretched to the absurd. I had such good laughs, even feeling some kind of fellowship with melon throwers - I bet many readers share the secret desire to throw melons at pompous and vacant political figures. The satire that ran throughout the book brought much insight into the bungling political machine while infusing a feel-good fantasy about how a country should really be run. There was also the comforting feel of familiar Canadian scenes, the small town, the eccentric professor covered in snow. And to top it all romance, yes with sex scenes and all ...

Now, this is to tempt you not only to read TBLP but to look forward to the sequel that Terry is working on diligently.
Posted by Peggy Lampotang at 2:18 pm No comments: Links to this post 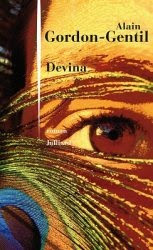 
Congratulations to Alain Gordon-Gentil, a multi-talented Mauritian friend, for obtaining the French literary prize 'Lauriers Verts de la Forêt des Livres 2009'. It's with much pride that I see a Mauritian writer so well-respected in France.

The novel was so engrossing that it was impossible to put down. The story revolves around the murder of a white woman, and it exposes the underlying tension in the social and racial structure of Mauritius, the island where it takes place. The writing style is succinct, fast-paced, keeping us on edge with the threat of impending violence, yet it moves easily into romantic and feverish overtones when delving into the passionate feelings of the main characters.

The book is in French only but after this success, it will perhaps get translated in English.
Posted by Peggy Lampotang at 9:31 am No comments: Links to this post 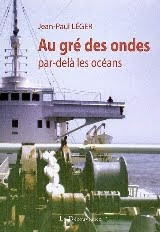 
This book hasn't been translated in English yet, but I hope it will. It's an excellent narrative about life at sea told from the perspective of a young French man who travelled around the world while working for the navy. One of the countries mentioned in his book is Mauritius, the island where he met his wife, a very dear friend of mine.

When Jean-Paul sent me the first chapter of a book he was writing for his sons who wanted to know more about his work, I was so impressed by his writing and his adventures at sea that I knew it would one day become a published book for a wider audience. It was such a wonderful feeling to hold the book in my hands. Jean-Paul's dedication and hard work are inspiring.
Posted by Peggy Lampotang at 9:22 am No comments: Links to this post 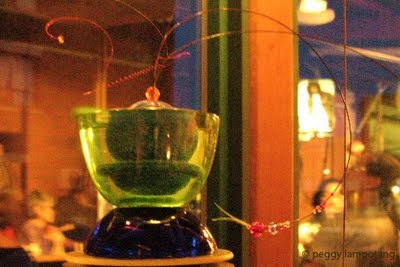 
Here's a review that I wrote on Alex Moyle's exhibition at Sidespace Gallery.

I've known Alex Moyle for a few years. We've met over coffee with other creative souls from the neighbourhood. As artists, we have much to talk about, but what impresses most about Alex is his ardent dedication to his art. One can almost feel an aura of creativity floating around him.

It was so inspiring to see his imagination at work at Sidespace Gallery. 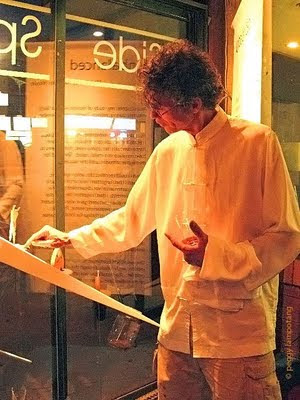 Alex talking about his sculpture at opening of Unbalanced
Posted by Peggy Lampotang at 7:59 pm No comments: Links to this post